There are a lot of picturesque places to visit in Leeds. Here you can see ten of the most important or beautiful. 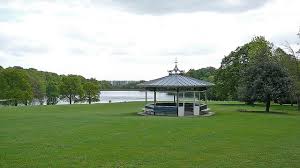 It is one of the biggest city parks in Europe. It has more than 700 acres (2.8 km2) of parkland, lakes, woodland and gardens which are owned by Leeds City Counsil. The park is one of the most popular attractions in Leeds, nearly a million people visit each year. It is situated on the north-east edge of the city, bordered by the suburb of Roundhay to the west and Oakwood to the south. 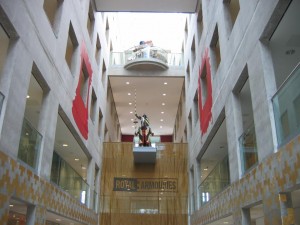 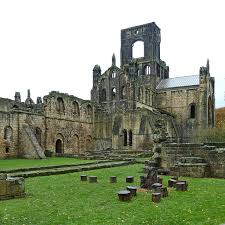 It is a ruined Cistercian monastery in Kirkstall north-west of Leeds city centre in West Yorkshire, England. It is set in a public park on the north bank of the River Aire. It was founded c.1152. It was disestablished during the Dissolution of the Monasteries under the auspices of Henry VIII.The picturesque ruins have been drawn and painted by artists such as J.M.W. Turner, Thomas Girtin and John Sell Cotman.Kirkstall Abbey was acquired by Leeds Corporation as a gift from Colonel North and opened to the public in the late 19th century. The gatehouse became a museum. 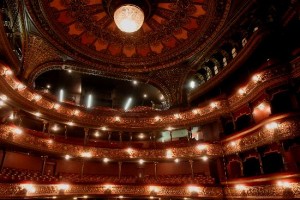 Situated in the heart of Leeds, the Grand Theatre opened in 1878 and has been entertaining people ever since. With a wide programme from musicals to stand-up, opera to drama and ballet to family shows, there’s bound to be something that you’ll enjoy.

Step back in time and wander through the enchanting streets, shops and houses and experience life as a Victorian. As a fun, family-friendly and interactive museum, Abbey House Museum is a great day out for all the family. On the ground floor visit Stephen Harding Gate, the 19th century equivalent of a modern high street, for some old fashioned retail therapy. In the back streets, see the home of the window washer woman or pop into the Sunday-School. On the first floor, see our Childhood and Community Galleries along with the changing programme of exhibitions. Abbey House Museum is situated directly across the road from the historical site of Kirkstall Abbey, set in wonderful parkland along the banks of the River Aire 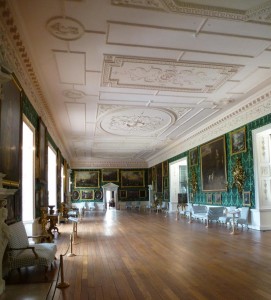 One of the great country houses of England set within a Capability Brown landscape surrounded by beautiful parkland which includes a working rare breeds farm. Famous as the birth place of Lord Darnley, notorious husband of Mary Queen of Scots, Temple Newsam House is a truly impressive Tudor-Jacobean mansion. Described as the Hampton Court of the North with over 40 lovingly restored rooms to view, it is now home to one of the most important collections of decorative arts. Explore the treasures of silver, ceramics, fine art, Chippendale furniture, and wallpaper all housed within the Tudor Jacobean Mansion. Discover the stories of the people who lived at Temple Newsam by joining one of our regular weekly tours or picking up the FREE audio guide. Explore the lakeside walks and gardens of delphiniums, rhododendrons, flocks and asters. See a variety of rare breed animals in the Rare Breed Farm.

Come in out of the cold; at Tropical World, you will always get a warm welcome. Explore the tropics and exotic places from around the world. Experience life in the jungle and the desert. Meet cuddly creatures of the night and come face to face with some amazing characters. All on your own doorstep!Tropical World is Leeds most visited family attraction and has featured on CBBC. We are home to a number of animals, including; crocodiles, butterflies, bats, snakes and our gorgeous meerkat family! We also have a bird collection that includes rare species. 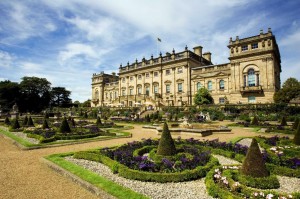 This popular stately home was built in the mid-18th century by John Carr, decorated by Robert Adam and furnished by Thomas Chippendale. Harewood has exhibitions of contemporary art, award winning gardens, a wide range of open-air events: from concerts to kite festivals, car rallies to craft fairs. If you love art or gardens or walks in the countryside; if you’re looking for a family outing, a cultural experience or a romantic afternoon, come to Harewood. 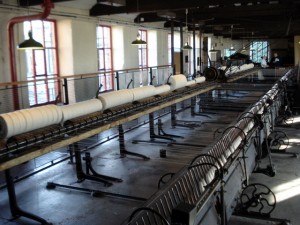 Housed in what was once the world’s largest woollen mill, Leeds Industrial Museum houses a wealth of gems located in a beautiful riverside setting. Step back in time to learn about the industrial history of Leeds from manufacturing textiles and clothing to printing, engineering and locomotives, which the city was world famous for 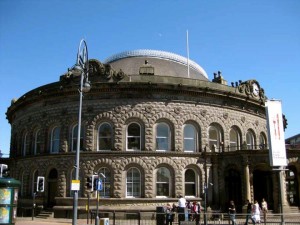 Designed by Cuthbert Brodrick, a Hull architect best known for Leeds Town Hall, this Grade I listed structure was completed in 1862 and opened on 28 July 1863. Leeds Corn Exchange is now just one of three Corn Exchanges in the country which operates in its traditional capacity as a centre for trade, albeit no longer for trading in corn.After closing, its condition deteriorated. Early proposals for regeneration included turning it into a concert hall similar to the Royal Albert Hall